Evolution is the designer of black boxes.

For thousands of years the origins of life on Earth have perplexed thinkers of all disciplines. It was originally believed that the life on Earth was held together not by science but by tradition: all things in the universe, from humans to raindrops were the creation of God. This belief is known as the trickle-down theory of evolution or a top-down design.

But by far the scientist who has made the greatest contribution to the theory of evolution is Charles Darwin. Darwin’s theory by natural selection united the realm of physics and mechanism on the one hand with the realm of meaning and purpose on the other – that all life on Earth originated through one common ancestor some billion years ago, all tying back to bacteria. We, humans, show up 60+ million years later as a result of biological evolution through the process of natural selection and other natural processes whereby living things have diversified, branching from one species into many.

This clueless system is better known as the bottom-up design. Almost everything important that happens in both nature and in society happens from the bottom up: water, a self-organised emergent property of hydrogen and oxygen, and life, a self-organised property of organic molecules fused into protein chains through nothing more than the input of energy. Evolution is a process of mutations which is passed down through generations, because it affords some benefit; a simple process which has created a diverse array of complex life we see today.  The effect of the profound biological changes in history of life on the planet is an example of technology transfer.

Despite evolution is purposeless, mindless and lacking in foresight, it is also a brilliant designer.

Evolution is cleverer than we are.

In order to make a perfect and beautiful machine, it is not requisite to know how to make it

Natural selection creates for brilliant design as seen in predator-prey communication. There are reasons behind this design, but both organisms do not need to understand. Competence without comprehension can be seen in both organisms in the natural world (Darwin’s Theory of Evolution) and machines in the technological world (Turing’s theory of universal computation).  Both organisms (evolved) and machines (designed) can do remarkable things, without comprehension of what or how they do what they do.

According to Darwin, through a strange inversion of reasoning, a process with no intelligence, no comprehension was nonetheless capable of all the achievements of creative skill. Fast forward many years later, Alan Turing, widely considered to be the father of theoretical computer science and artificial intelligence also echoes this same view:

It is possible to invent a single machine which can be used to compute any computable sequence. In order to be a perfect and beautiful computing machine, it is not requisite to know what arithmetic is.

The mind is the effect, not the cause.

What makes us human is our ability to reason. Therefore, human culture is the second great evolution – the coming together of two independently evolved competencies to suddenly create an amazing thing. Daniel Dennett refers to us, humans, as ‘apes with infected brains”.  We are the byproduct of many billion years of genetic mutations, yet we have evolved to be competent with comprehension. What we are – is made of several hundred billion cell neurons in our brains. Think – a bit of nano-engineering that does all kinds of interesting work! The brain has trillions of moving parts – it’s mindless and that’s what we’re essentially made of.

Our cultural revolution has evolved into designed thinking tools that impose novel structures into our brains, making us into virtual machines; thinking tools which are made of information – such as habits, language / words, techniques (e.g. English vocabulary memory to recognise phonics), software (learning), etc.  Our brain therefore consists of informational structures that enhance the powers, such as the likes of the Turing machine, which is between our ears. These bits, this technology, have redesigned our brains into human minds.

Intelligent design: Being alive is not a prerequisite for evolution.

Let’s look at a virus – it doesn’t have a mind, it is absolutely ignorant but it has an amazing competence to replicate itself. A virus exists in a grey area between living and non-living. The categorisation of viruses as non-living during much of the modern era of biological science has had an unintended consequence: it has led most researchers to ignore viruses in the study of evolution. But if we were to refer back to Darwin’s Theory of Evolution, a virus is pretty similar to natural selection. If successful, copy it. Viruses, similar to humans are made from data structures, which are made of information. 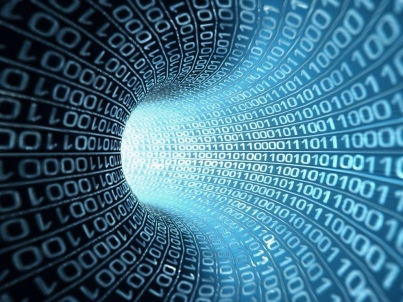 And this concept of information is fundamental and ubiquitous in our daily lives especially in the Internet Age. The performance of our computing devices doubles every 18 months and at this rate will approach the computational power of a human brain in the foreseeable future. Spurred on by accident when humans data mine via deep learning or machine learning, we are beginning to understand the systems on how the brain actually works – taking psychology and neuroscience to build artificial intelligence from the bottom-up. The very idea that mindless machines can generate human-level competence may strike many people today as unspeakable, unthinkable – even as an insult to our minds and of God’s existence, but that day will arrive if it hasn’t already.
We need to keep track of two facts as we enter this new timeline: what technology is and what technology does.

As an example, let’s start with a simple math problem: 1+1

A computer does not know what ‘addition’ is. A CPU does not know arithmetic. But, it understands the command to sum two ‘bits’ using a set of simple rules. Then the operations are done using logic gates which are composed of transistors (a new Intel CPU can have 1.4Billion+ transistors). When one transistor sends an electrical signal representing the number and operation into the circuit, the transistors will interact with each other in very definite ways built into the wiring. When the electrical current comes out the other side, the signal will match the number required. Now, consider more complex applications such as the Deep Blue and IBM Watson, what competencies these computers/CPUs had.

What it is can only be described in terms of the structure of the parts from which it is made (the transistors, circuits, wiring), so long as we can assume that these parts function as they are supposed to function.

What it does are the functional competencies which have the possibility of eventually becoming ‘intelligent’ that they are deserved to be called comprehending.

A new type of evolution will start to emerge. In essence, the future may belong to an unnatural selection. In addition to artificial intelligence, cloning, genetic enhancement, robotics, and nano-technology are all susceptible to evolutionary selection just as much as it could occur in biological organisms. We may face a future where information patterns on vast super-fast computer networks stroll through the real world, thinking faster, running on far advanced operating systems. It will be a world where we can no longer trust human judgements, but rather we become the human interface for the software. This is the concern we will have as we move towards black box science: as we increasingly rely on putting questions into a box and expecting to get an answer, we may just find ourselves not knowing how the answer is derived. As with any evolution, mutations will occur. By designing a computer that could mimic any other computer, it could itself be reiterated, permitting for specific computers to enhance their own powers by redesigning themselves, leaving their original designer (the human, and human mind!) far behind.