A recent Association of National Advertisers (ANA) report revealed that numerous non-transparent business practices were found to be pervasive in the U.S. media ad buying ecosystem and the industry is up in arms.
Do the findings in this study reveal a truly corrupt system or merely bring our attention to the rising opacity in modern-day trading? I happen to believe it is the latter.

Opacity in trading is a tale as old as time, began with farmers who pre-sold their harvests to reduce risk factors. In more modern examples, financial brokers were accused of similar trade practices in the derivatives market throughout the 20th century. Trades were done by individual parties outside the purview of the exchange arena. Fortunately since then, commodity future contracts have been regulated. In the 21st century, whistle-blowers and the media exposed numerous investment bankers who had defrauded their clients. They had exploited clients who did not read or fully understand the fine print buried in hundreds of pages of legal contracts and agreements. Then the subprime mortgage crisis hit which uncovered the practice of disguise: the (re)packaging up and re-selling of poor quality mortgages that had been bundled together with good rating ones to maintain an impression of value.
Except, in our case, for TV and other media advertising space. Now, we’re being introduced to media derivatives.
Advertising space, as a tradable commodity.

Advertising media space is an unregulated commodity.  Add to that, the online advertising space is increasingly perishable as a consequence of infinite inventory supply. It is also highly speculative as demand is projected based a value of audience attention. Media agencies are working harder and harder for scraps, their profit margins getting squeezed thinner and thinner. Operating in a landscape of increasingly cheap(er) media, agencies are entering pitches with unrealistic media commitments throwing everything including the kitchen sink to win a new piece of business as advertisers are not afraid to switch to the next agency who will promise to deliver lower media CPMs to stretch their ad dollars.
Media tranches, as standardised trading instruments. 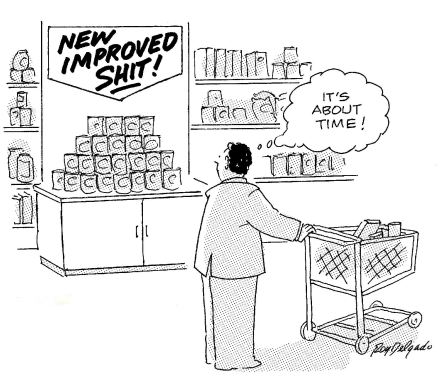 It is also no surprise that large publishers still keep their best quality inventory for advertisers they have direct. However, dare I challenge and say that the industry is blind to an ‘opacity price premium’ – whereby this inventory is traded at a premium over transparent ones despite identical payoffs. Are large publishers holding agencies to ransom? On one hand, we’ve seen large deals backed up by big budgets being struck with major advertising networks to ‘deliver customised solutions’ for their clients. Partnerships, these deals have been called. On the other, any unsold media will need to be unloaded often with steep discounts.
Complex infrastructure with plenty of nooks and crannies to hide dodgy dealings. 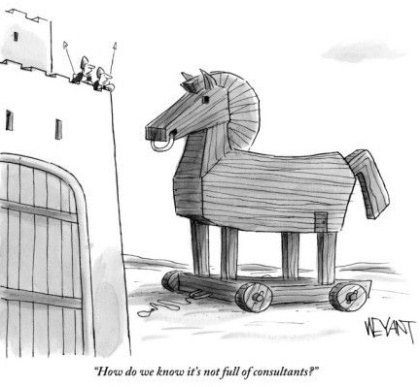 The increasing demand for automated trading also creates a complex infrastructure which involves a trail of undisclosed fees: the cost to fund resource, fee maintenance of multiple tech platforms, various costs to update algorithms with third party vendors and financing R&D. The number of parties passing through are growing comprising of aggregators, exchangers, data analysts etc. This is where arbitrageurs may come in and while there is nothing illegal about what they do, neither is it transparent.
Acknowledge the problem (don’t deny it!) so we can work towards a solution.
The conditions in the advertising trading marketplace have similarities with the ‘creative’ financial market trading practices, we can only best describe as opaque. Media buying and trading are currently being used as secretive investment strategies for competitive advantage and payoffs which are not fully understood or clearly communicated to advertisers. While some advertisers can reap cost efficiencies through such trading deals, there is actually no visibility of the real composition of that return. Opacity is self-feeding the ad industry.
So, how do we navigate through the opacity of media ad buying?
Here are some ways agencies and advertisers can work together to improve transparency.
1. Invest in an independent contract compliance audit.
Advertisers have the right to audit but seldom do. This action is often seen as a breakdown in the agency-advertiser relationship. However, it should be approached with a healthy and serious level of respect by both parties. Contract compliance audits may be necessary to protect the advertiser’s interest and provide assurances in processes and media spend governance.  These audits can identify and uncover bad habits, whether accidental or intentional, that may pose a financial risk and cost to both agency and advertiser.
2. Request for more information.
Mid-level advertisers can do their part by requesting for third party vendor price quotations and invoices with the final project and campaign billing. However, be smart about it and ask the right questions. Often, there is a lack of specificity on these documents. Imagine, receiving an invoice for a production of a commercial which simply stated “Brand’s 10th Anniversary Digital Production -$500,000”. It is unclear from this invoice the number of commercial iterations, formats, duration and even coverage use (Global/Local) that this production cost has been attributed to. Just because this information is not necessary to process payment and does not exceed the approved Purchase Order, doesn’t mean advertisers are not entitled to full-disclosure and well-documented records.
3. Understand the relationship of the third parties involved.
In advance of any work awarded, do the due diligence and request if third parties are related to the agency network and understand the operational and P&L structures involved. All hope is not lost if there is a relationship – the agency will need to be open and honest about it if there are any potential conflicts of interests. In this case, advertisers may request to receive two bids or more to evaluate competitiveness of the response to brief and then decide.